A night with the boys in blue! 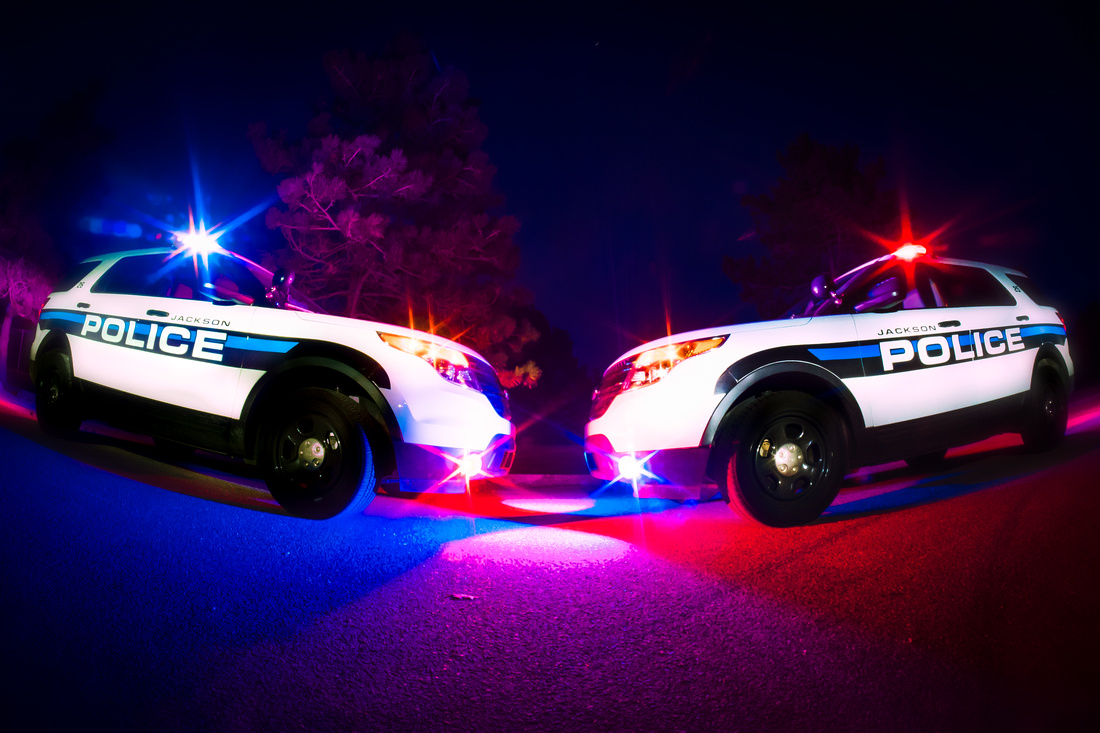 Back in May I met up with a good friend of mine that works for Jackson's Police department and told him I really wanted to do a Live Composite of a police car at night with the lights on. He was curious as well (he's a bit of a photographer himself) so we planned roughly a time, you know how it is .. these guys are busy! That being said it was going to be at a moments notice that'd I'd have to meet up with him. Around 930 on a weeknight I get the call. "Lets meet at the park" I say "great!"

Running around the house like a mad man finding what all I wanted to take with me I opted to take my Olympus Em-1, tripod, and my Rokinon Fisheye lens. My poor wife had no clue what I was doing until right before I left, She's a patient woman hahah.... moving on. I meet up with my buddy and he proceeds to tell me he actually has another car coming too!!!! I was super excited! After a little bit of experimenting and some post work; the final image (above) was made. All in all I'm super happy with it as well as the two officers that helped make it happen (Thanks guys!!!) Prints will be going to both officers and the chief of police and a copy for my own collection.

Once again thank you to the officers that helped make this happen, hopefully you enjoy this image as much as I do! Be safe.