This September was a busy one for me; hence the fact I have not updated this blog in nearly 2 months! hahaha. So Like I was saying it was a busy September full of weddings and love! I was booked with a wedding a weekend for the first three weeks. One weekend "off" which I used to attend the Scott Kelby Worldwide Photo Walk in Ann Arbor Michigan with Jamie MacDonald of Olympus (http://jmacdonaldphoto.com) was our group leader. We'll talk about that day in another post though, this one is about weddings and all that good lovey dovey stuff ;) So lets kick this off!!!!!! 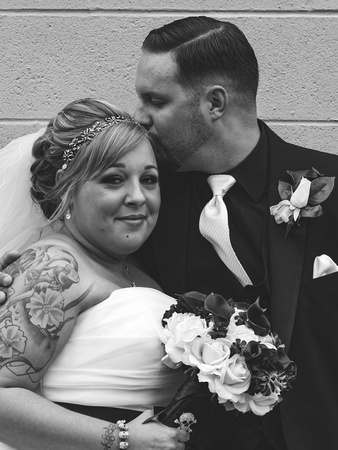 Brett & CathyThe love and friendship these two have will carry them throughout their marriage for years to come. ©2015 Sethingtons Creations 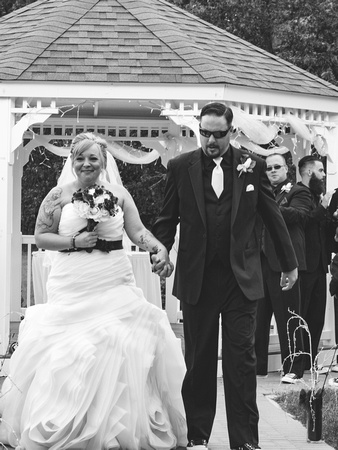 That SmileThat smile, that dress, that wonderful moment. ©2015 Sethingtons Creations

This is Brett & Cathy. Brett and I go way back, we met from mutual friends years ago. I had not gotten the pleasure of meeting Cathy until the day of the wedding but I like her better than Brett ;) (sorry buddy she's cuter!) I took more of a documentry approach to this wedding and think I'm going to continue this approach because it was so much fun, I get to capture a ton of great moments and it is very similar to street photography. In the essences of street I decided to do this wedding in black and white, which is a little out of the norm but this wedding, the people in it and of course the bride and groom, all fit great for black and white. 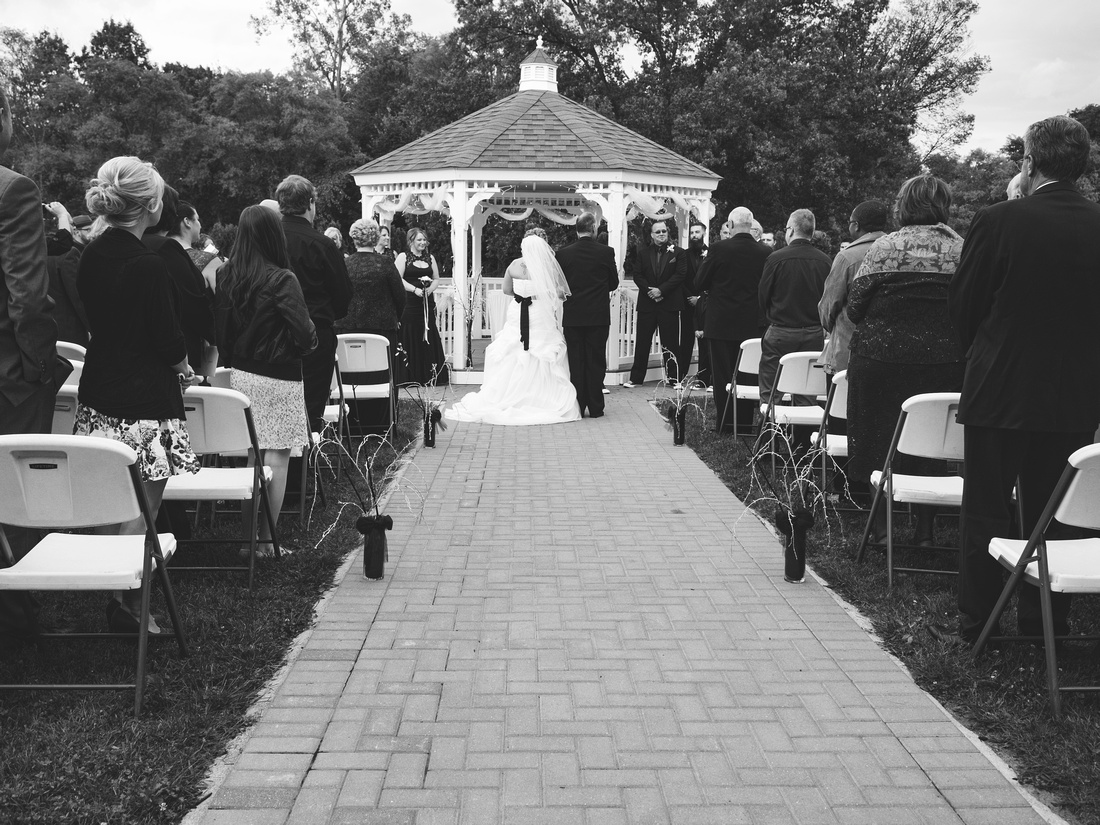 Cathy & her FatherThat moment when a bride is given away to her soon to be husband.... ©2015 Sethingtons Creations 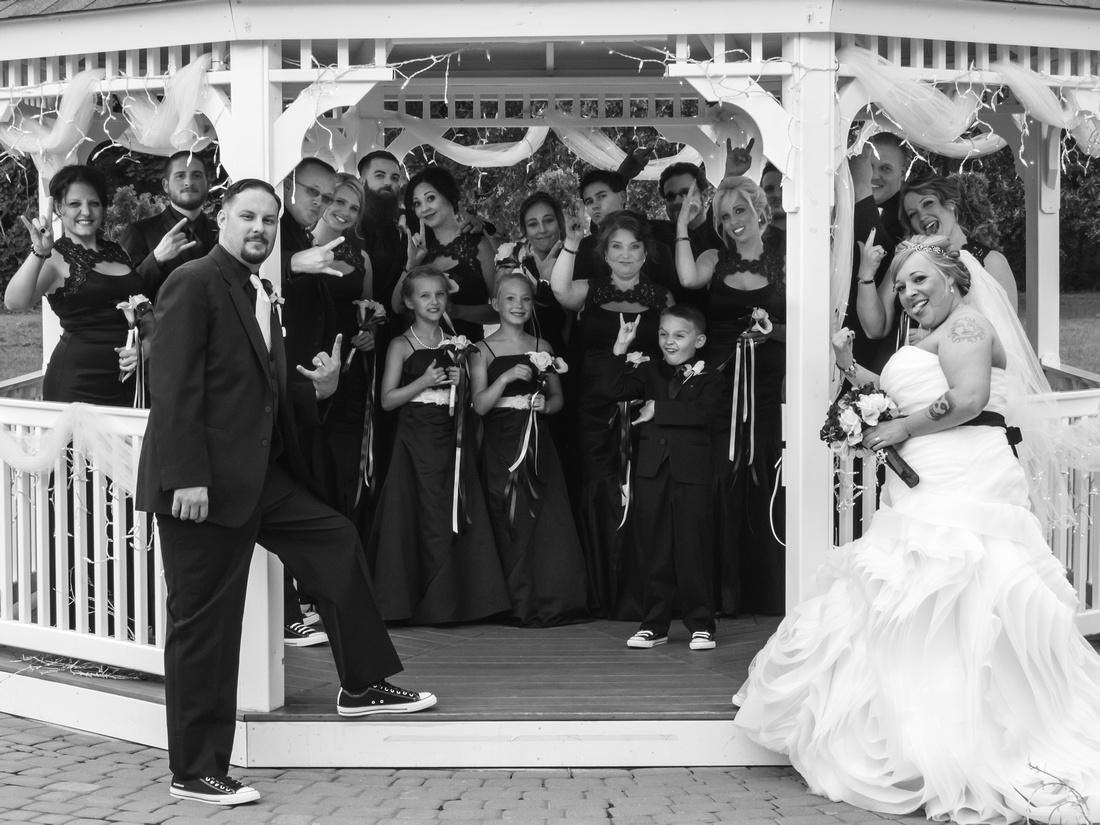 As you can see the black and white fit well with this wedding full of rockers! between the custom chucks, the heavy metal played at the reception and the downright cool people I got to hang out with made this wedding a blast to capture and attend! Thank you Brett & Cathy in including me in your special day! 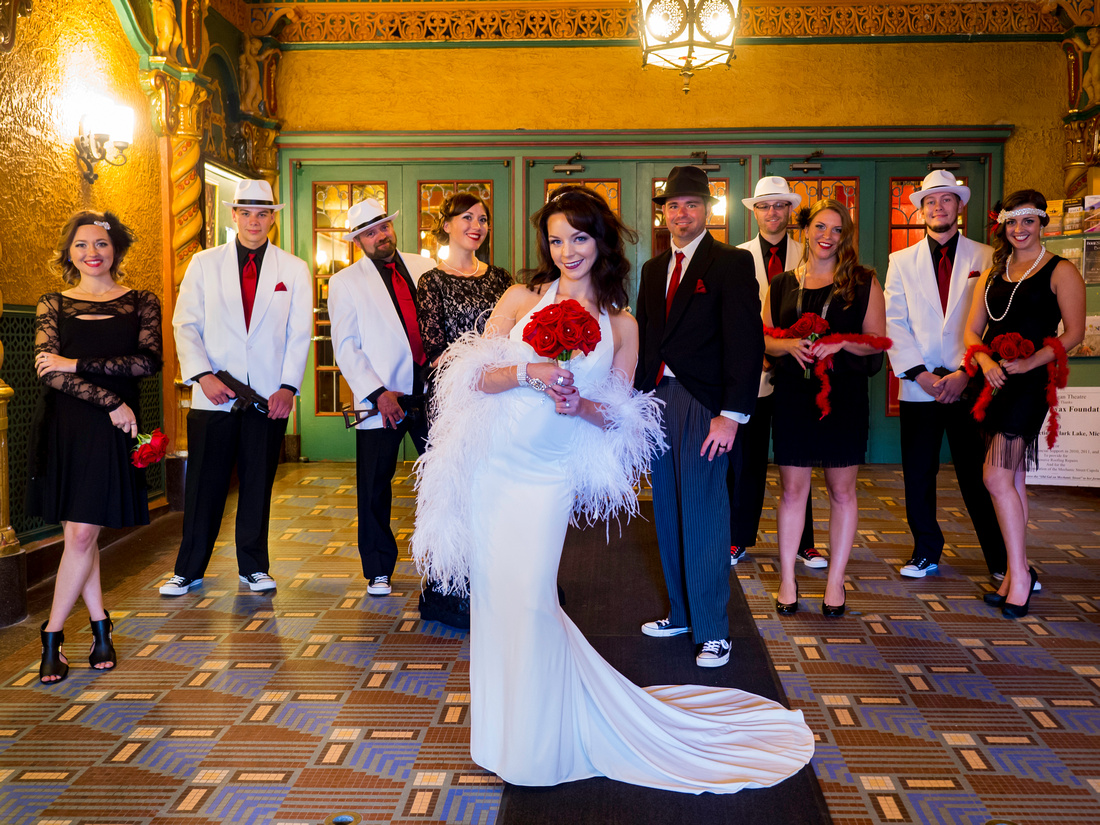 The 20's Now - Christopher & GinjerWhy not do a group picture in a place like Michigan Theater?! ©2015 Sethingtons Creations

Chris & Ginjer had this wonderful outdoor wedding on waterfront (you'll see below) and roaring 20's themed to boot! The above image is from the Michigan Theater in Jackson Michigan (http://www.michigantheatre.org). This wedding was extra fun because I teamed up with Ashley Smith of Mashed media (http://www.mashedmedia.net). 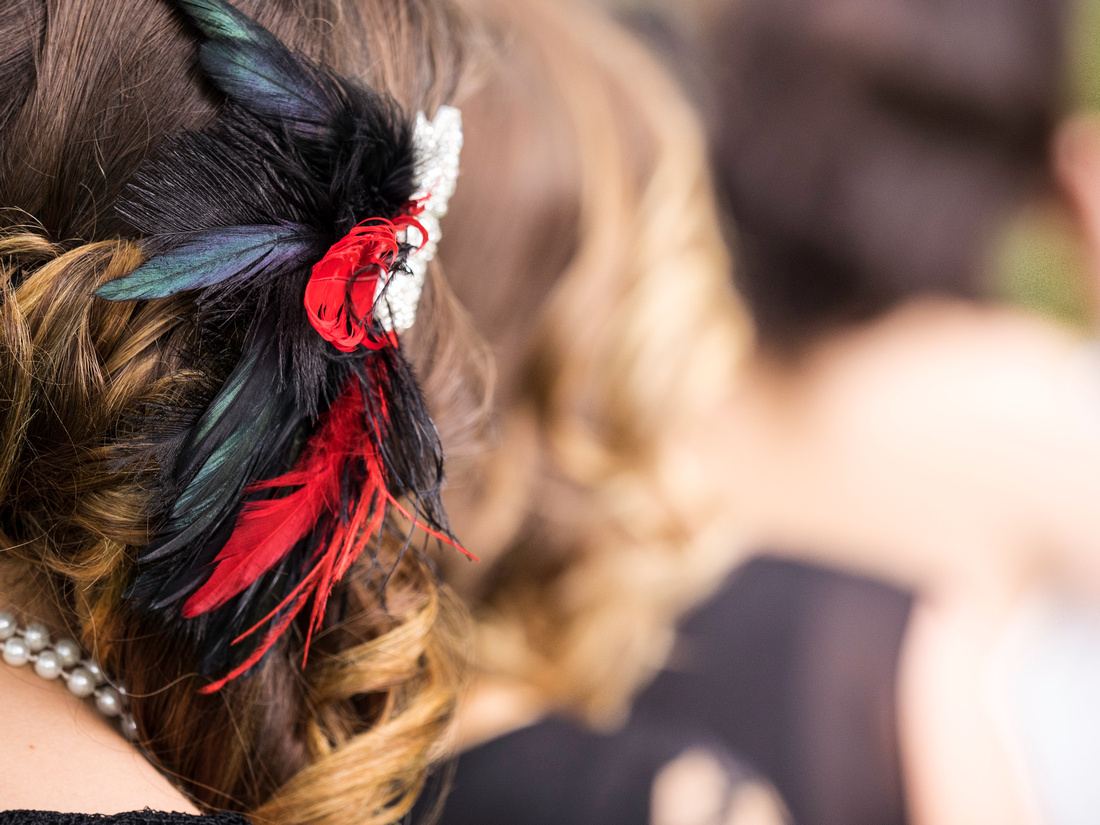 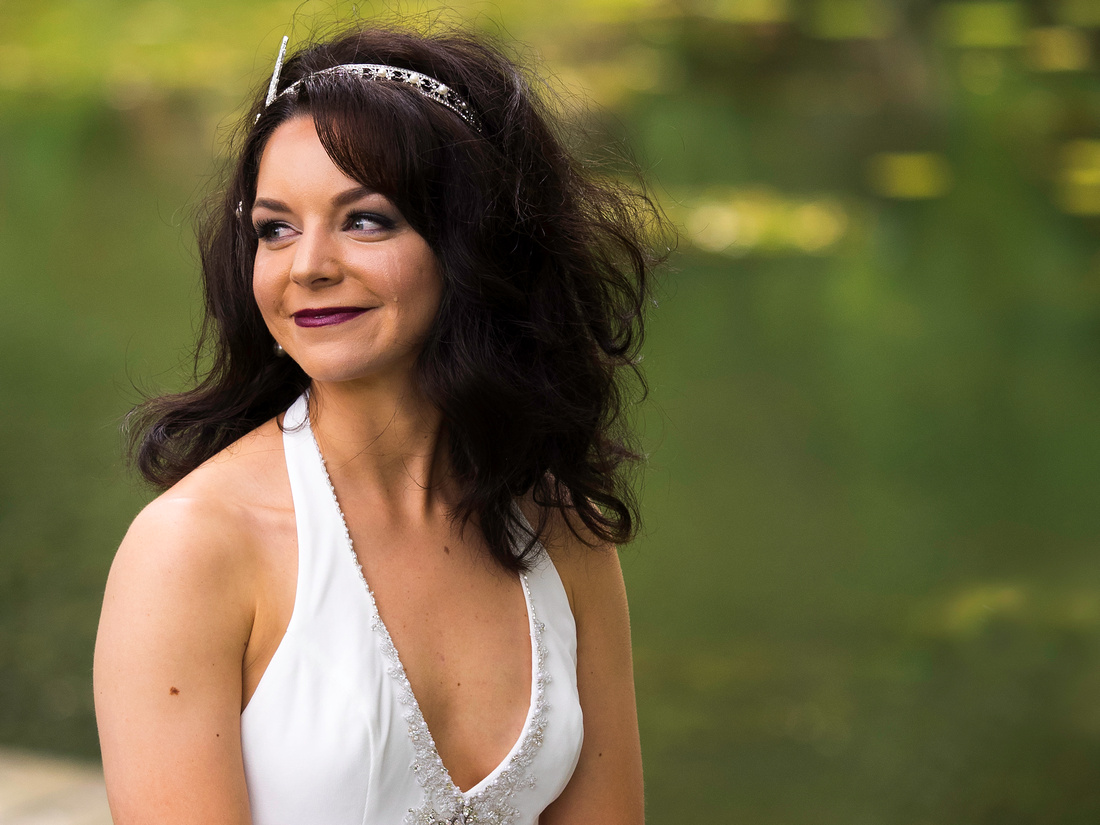 Tears of JoyBy far one of my personal favorites of the year, not only in my wedding photography but over all! Thank you Ginjer! ©2015 Sethingtons Creations

All These Pretty Ladies!Not only did these ladies looked gorgeous in their dresses but also their hair was rocking it! My lovely wife Aynee did the hair and make up for these lovely ladies. ©2015 Sethingtons Creations

Chris & Ginjers wedding was so cool being themed like it was and even the guests dressed up to theme as well!!!!! Speaking of themes another one is that Ashley and I also shot the next wedding together below! 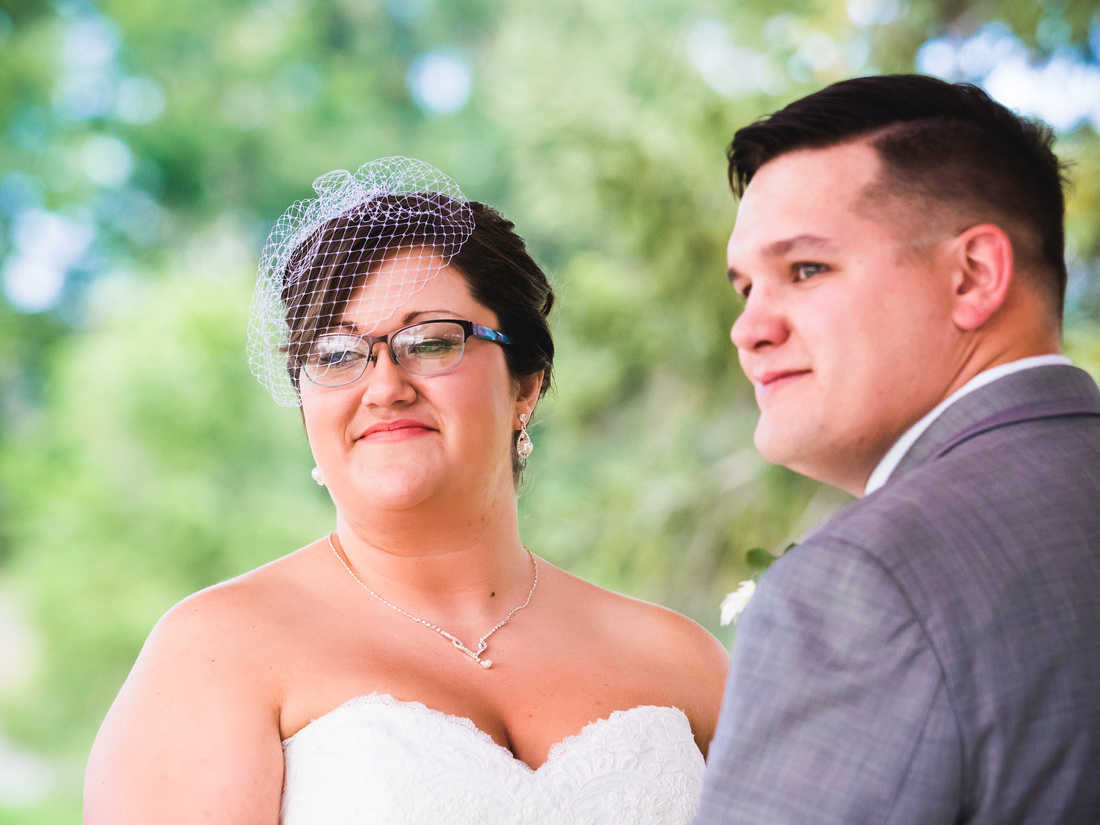 Kayla & ChristianAs Kayla and Christian look out into the crowd smiling seeing their family and friends who've come to support and celebrate their special day. ©2015 Sethingtons Creations

Kayla & Christian's ceremony was celebrated on the grounds at Cascades Manor House (http://cascadesmanor.com) in Jackson Michigan on a warm sunny Saturday. This wedding boasted vintage cars, waterfront overlooking Cascades Park and fun people all in one location!!!! 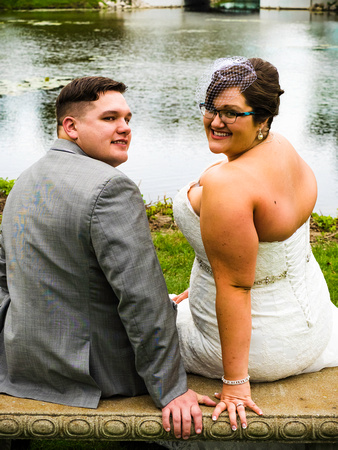 Kayla & ChristianCascades is such a great place to get married! ©2015 Sethingtons Creations 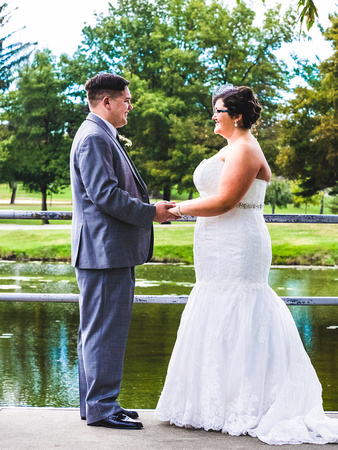 Kayla & ChristianThese two and the love they have for each other. ©2015 Sethingtons Creations 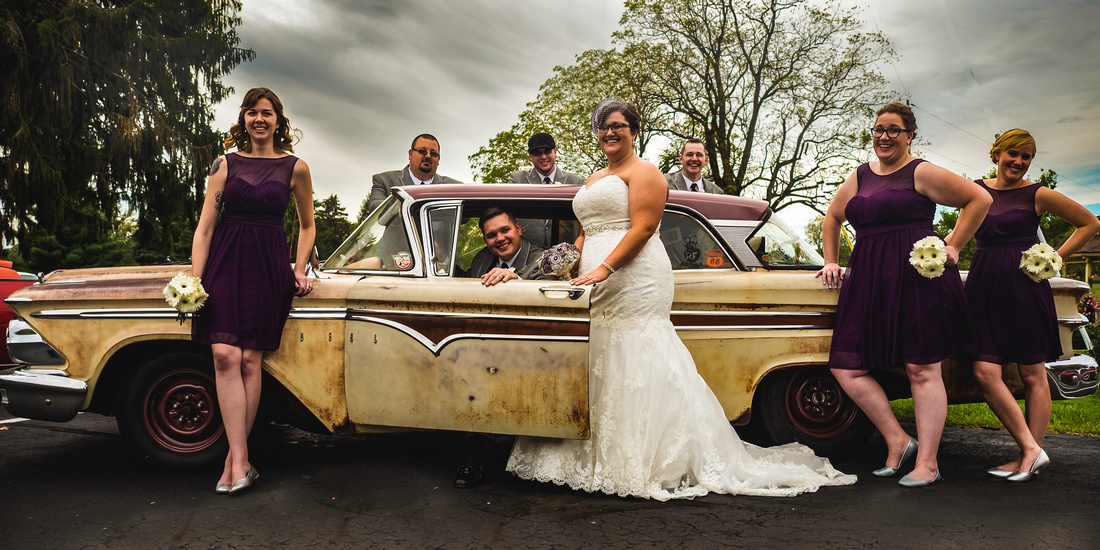 Last but not least (these are actually in order of appearance) is Abigail & Nate! I thought I had all my weddings in the books for the year but a long time friend of mine Mike contacted me about his sisters wedding and were a bit jammed up on their wedding photographer. So not knowing anything going into it was slightly stressful but man I'm glad I said yes. Not only was the entire wedding party a blast but the wedding was so beautiful and in a church (Cascades Baptist church - http://www.cascadeschurch.com) I've never done a wedding in . Mark Miller of MMphotography  (http://www.markmillerphotography1.com) assisted during the ceremony with me (Thanks brother!) and might I add he did a wonderful job! I'll share his awesome wide shot first :) 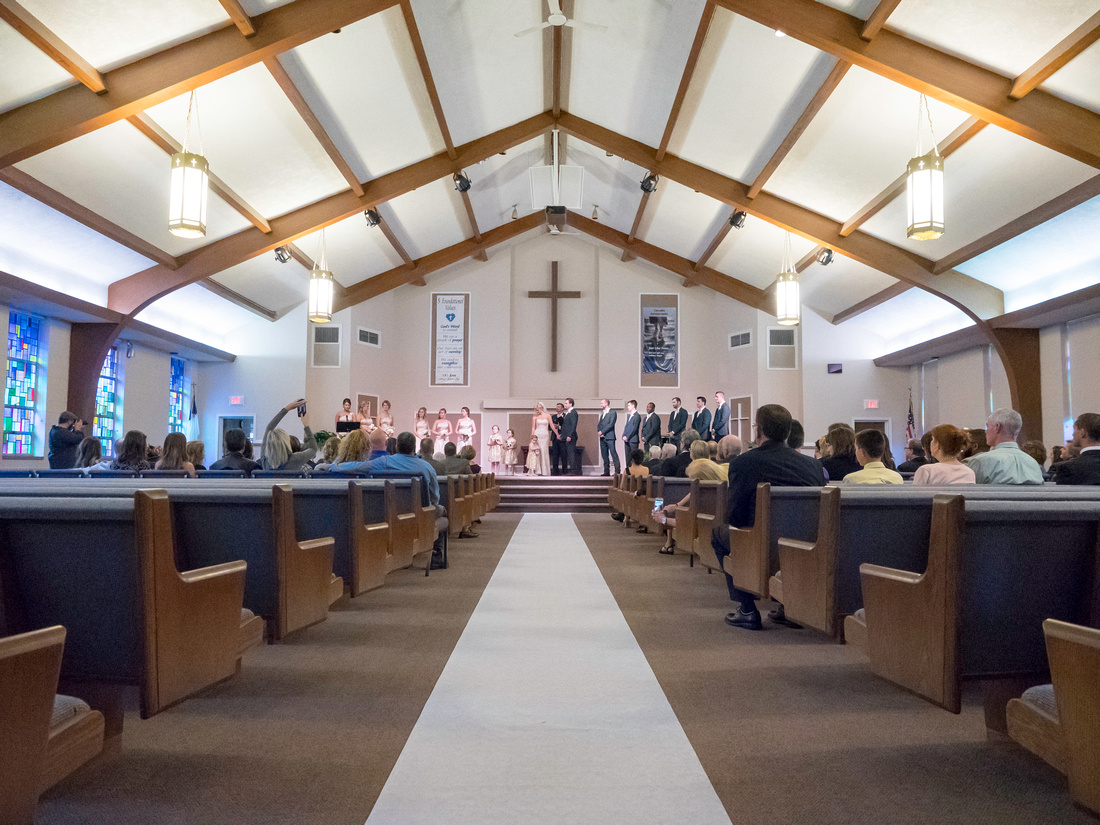 Ok let me introduce Abigail & Nate :) This beautiful couple was a blast to photograph! Their reception was held also at Cascades Manor house and was quite the party! :) On to some more images from their wedding day 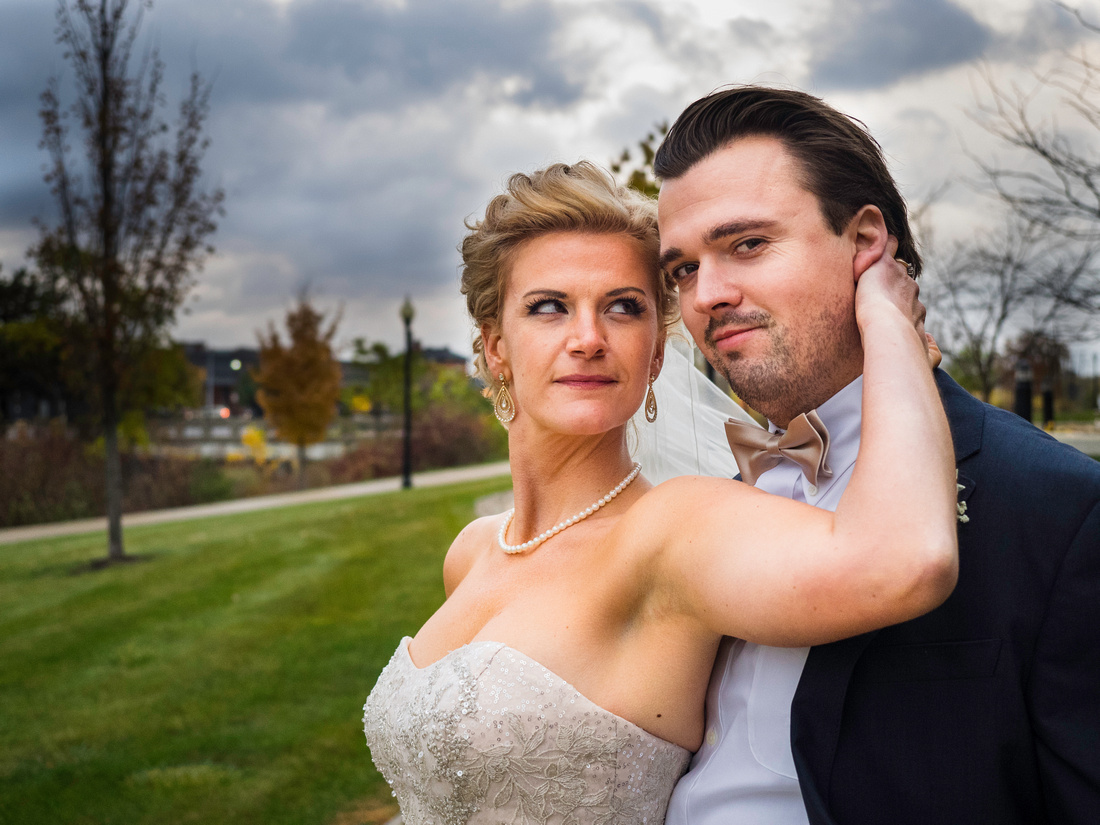 Nate & AbigailIf you've ever been in love you know what their faces say! ©2015 Sethingtons Creations 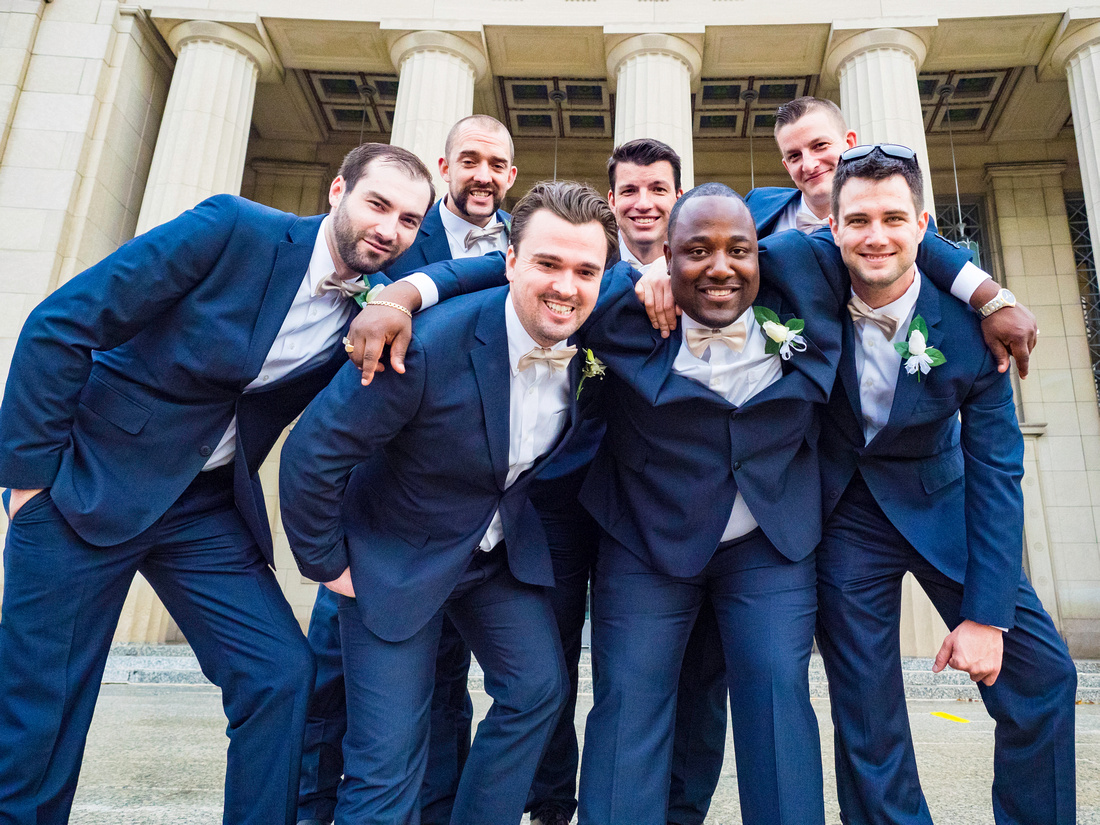 Nate and the GroomsmenOh look a GQ ad! Nope thats just how dapper these gentlemen were looking on this great day! ©2015 Sethingtons Creations 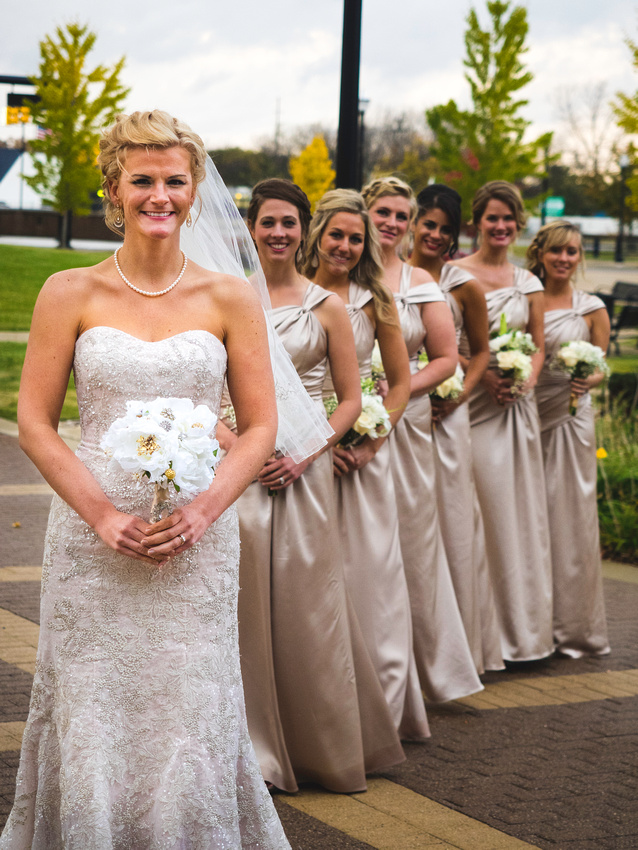 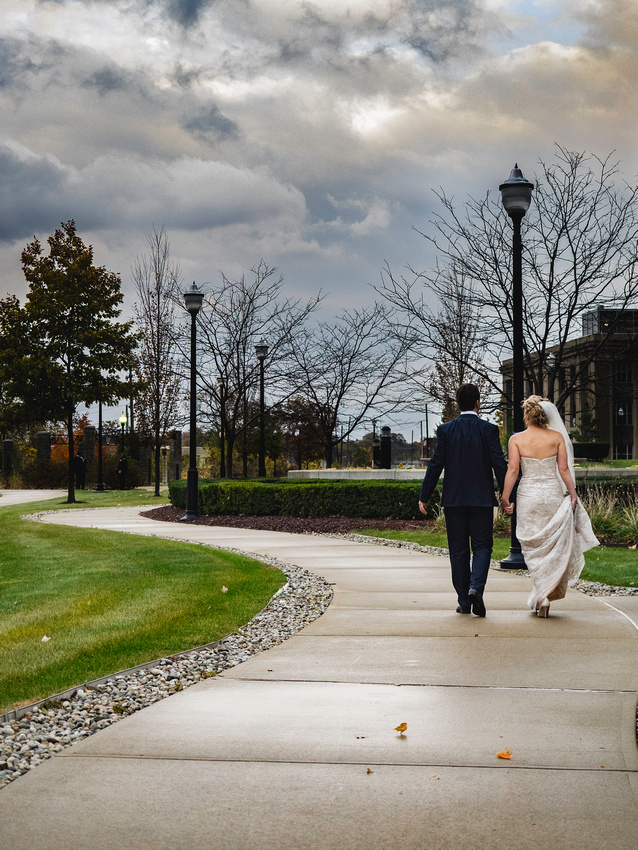 The First WalkI just love downtown Jackson! If you're planning in or near jackson think about downtown! ©2015 Sethingtons Creations 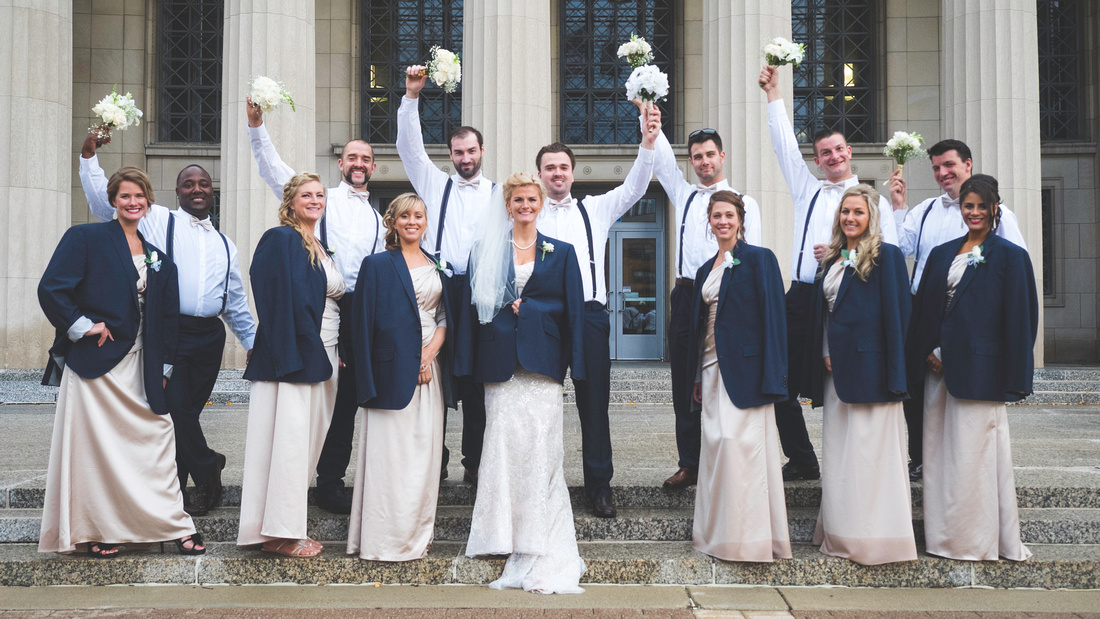 The Wedding PartyLike I said.. These people were a blast to work with, LOTS of characters in this group for sure. :) ©2015 Sethingtons Creations

So this wraps up my weddings of 2015 and I could honestly say I can't pick a favorite wedding!!! Thank you to all the brides & grooms (mostly the brides cause you know how guys are... lol ) for allowing me to capture your special day for you. May you all have long loving marriages with lots of laughs and memorable moments! Cheers.

Oh oh oh I can't forget to show you whats already coming next year right? Dj & Krystal will be getting married next year!!! Here's a couple from their engagement shoot. We did these in the far back of the Dalhem Center this late summer/fall. 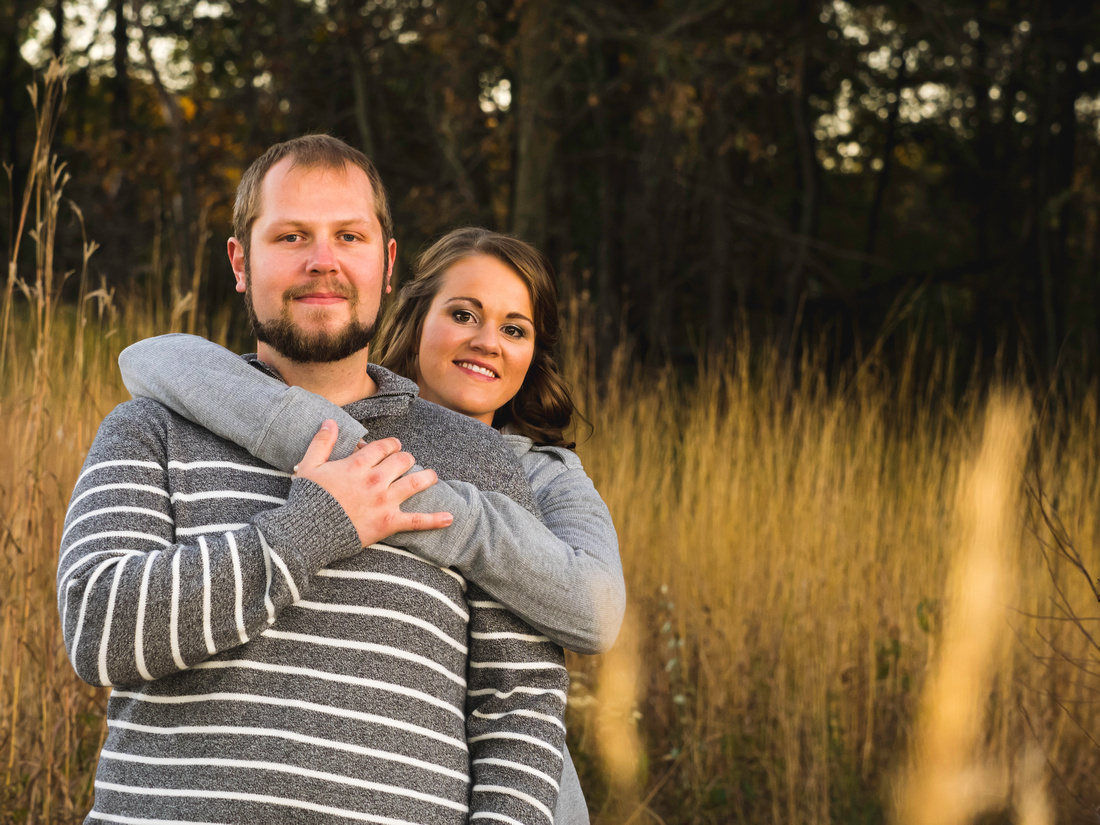 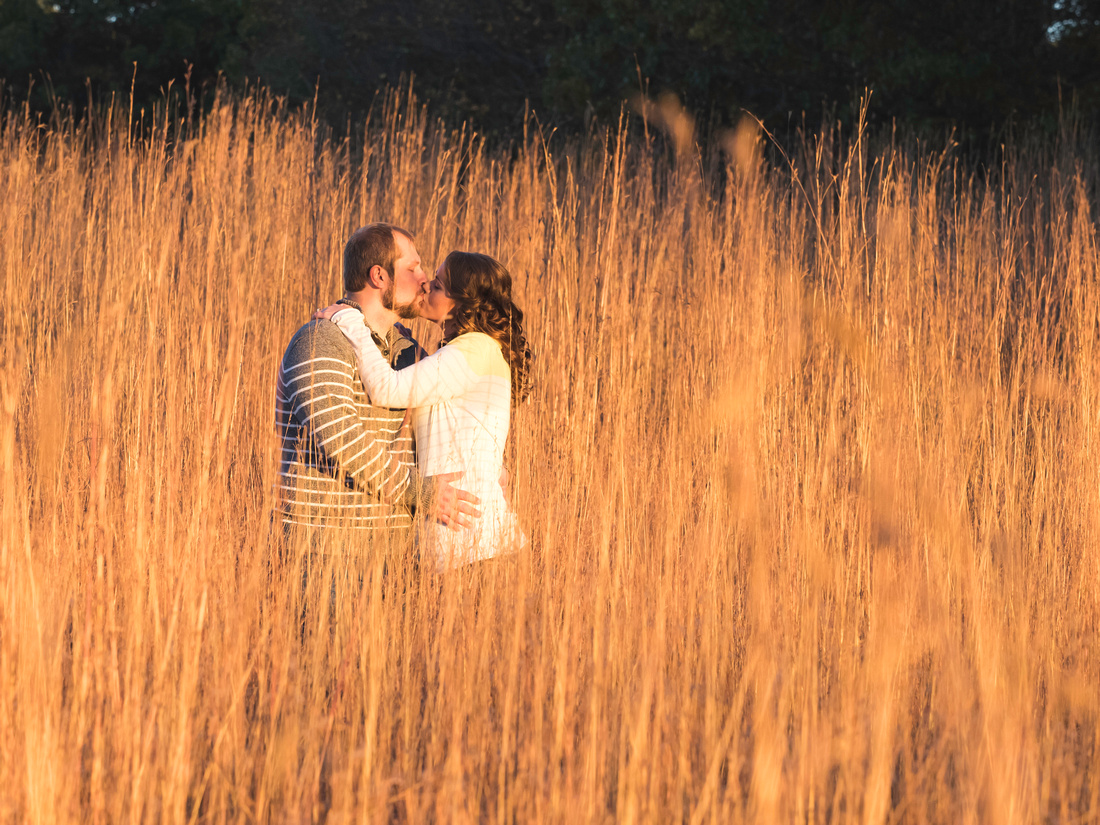 Love in a Field.Kissing in a field! Everyone does that, right? :) ©2015 Sethingtons Creations

Ok that's it for now!!!! Below are the links to all the locations for the venues and the other photographers I mentioned in this post. Winter is here so my creative projects will be kicking back up and this year is going to be AWESOME! Thanks again, Until next time. ~ Sethington.

and of course to